DIVORCE IN LATER LIFE – A BLESSING IN DISGUISE? 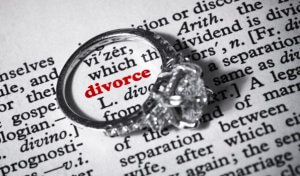 Divorce in later life – a blessing in disguise?

Divorce is, let’s face it, a nightmare while you are going through it – and for a period of time after. For many, the older you are when you divorce, the worse it may seem.

Women in particular, who are Baby Boomers or even of Generation X, were quite likely raised to believe that the greatest goal of their life would be to marry and create a family. Even if a career has been paramount in a woman’s life, a successful marriage is likely to have been considered on par or of ultimately more importance.

So when a marriage breaks down, there is a sense of failure.

The longer you are married, or the older are when said marriage collapses, seems to make the shock and feeling of failure even greater. Add to that the fear that one is too old to start again, and divorce in later life can be a very scary experience.

It can, however, be a blessing in disguise, whether you are a man or a woman. How?

Divorce in later life can be incredibly liberating.

Consider that you were possibly very young when you married. People all change and evolve over time. We grow, we develop, and we discover new things in the world and in ourselves. Experiences shape us. Many times, we don’t evolve alongside or in parallel with our partner; instead, many couples find themselves growing apart until one day you find that neither of you are the same people you were when you married.

The choice remains to then determine whether you can build your relationship anew together on a fresh foundation, or whether it’s better to go your separate ways. Often, the preferred option in the long term is the latter.

Though there will be heartbreak, guilt, fear, anxiety and ambivalence for the future, there can also be a sense of excitement. For the first time in many years, your life is an open book of opportunities. If your children are grown and independent, there is nothing holding you back.

Whether divorce was your choice or not, it provides a clean slate to create your future. You will discover independence and the ability to answer only to yourself, an opportunity to find happiness, and eventually the excitement and satisfaction of new love. You can rediscover who you really are as an individual, challenge yourself in new ways, live for yourself, and know that at heart you are a survivor.

Mourning a marriage is natural. So is fear of the future. But divorce in later life need not be a tragedy. It can, if you let it, be an opportunity to rewrite the rest of your life on your own terms so that the best is yet to come – and that is a blessing.

If you are separating, please talk to us about the process you need to take to get the best possible outcome for everyone involved.